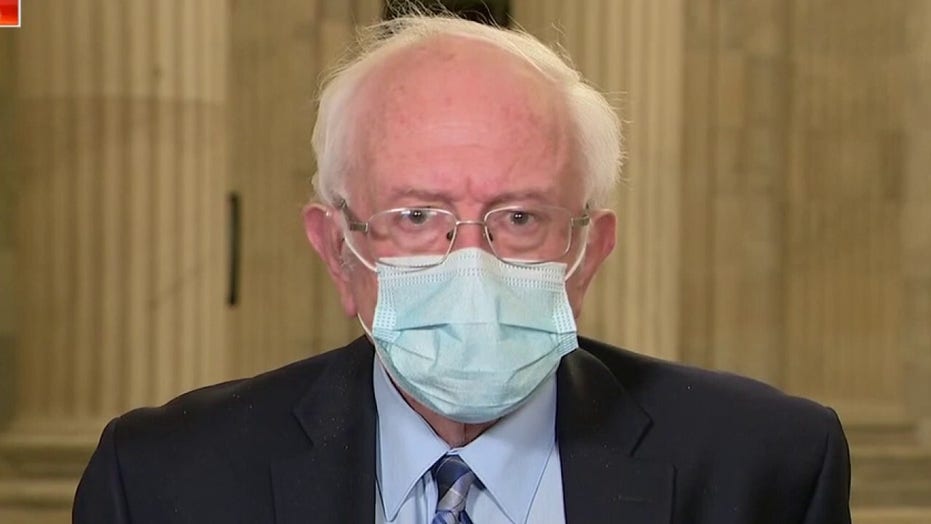 President Trump is pressing the Senate to increase coronavirus stimulus payments to $2,000 and Sen. Bernie Sanders, addressed on Fox News’ "Special Report" how he and the president are finally seeing eye-to-eye.

"President Trump is the most dangerous president in the history of our country," he said. "But he happens to be right on this issue."

Sanders, I-Vt., admitted Trump was right in stating the severity of the country’s economic downturn and agreed that the American people need help to survive the ongoing pandemic. He stressed the situation requires "bold action" to support the millions of Americans in trouble.

MCCONNELL SAYS 'NO REALISTIC PATH' FOR $2G STIMULUS CHECKS, ACCUSES DEMS OF 'TRYING TO PULL A FAST ONE'

"We fought very hard to get the $600 direct payment," Sanders said. "Trump is right in saying that’s not enough. I didn’t say he was a visionary. He’s right on this issue."

The Vermont senator said he’s helped lead the movement for direct relief payments, but $600 is "not going to do it," for example, for mothers who are worrying about feeding their children. Meanwhile, he said, senators voting against the increase are more worried about the deficit.

GINGRICH: I WOULD 'BEG' MITCH MCCONNELL TO HOLD A CLEAN VOTE ON $2000 STIMULUS CHECKS

"I always find it amusing that, sometimes, the very same people who voted for a $1.5 trillion tax break for the 1% of large corporations, they didn’t have a worry about the deficit at that point," he said. "Deficit is an issue, I agree. But I think at this moment we’ve got to do the right thing for working families."

Senate Majority Leader Mitch McConnell has stalled on making a decision regarding the increase leaving funding in limbo, and Sanders asked, "What is McConnell’s problem?"

"All that I am asking of Mitch McConnell: Give us a vote," he said. "What is the problem with having a vote?"

You've successfully subscribed to this newsletter!